Because of the GLSLatin AmericaSouth America

2018 marks the second year The Global Leadership Summit took place in Medellin, Colombia. Last year they had about 250 attend, and this year more than 400 leaders came! I was honored to be a part of this fantastic event and hear this incredible story. 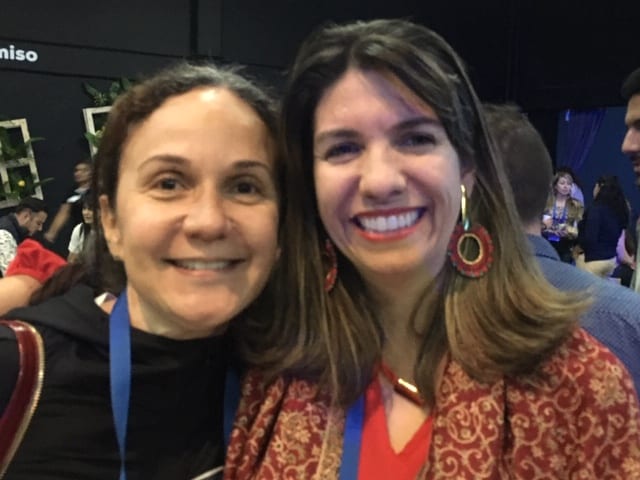 During the afternoon break, I met a woman named Anna. She told me this was her first GLS. I asked her how she was enjoying it, and she became quite emotional, saying God had already used the GLS to give her new hope and a sense of purpose.

She shared that she has been in a very dark place. She said she would joke with God saying, “I live in a one-story house. It isn’t even high enough to jump out the window!” As if to say  things are so bad, she can’t even find a way to end her own life.

But she went on to say that during the first day of the GLS, God used the event to shower her with His love and sense of purpose for her life. She now knows that God wants to use her like never before.

I asked her how it was that she came to be at the GLS and she said, “Well, I was so desperate a few weeks ago, that I was simply on my knees, crying out to God for help. And as I was praying, my phone rang. It was my friend Rosey. She said she had an extra ticket for the GLS, and that I was to go with her. I didn’t know what the GLS was, but she is my friend, so I said yes. Now I know that God had arranged this as an answer to my prayer.”

God used the event to shower her with His love and sense of purpose for her life.

Right then, as Anna and I were talking, Rosey walked by. Anna introduced me to her, so I asked, “Why did you call your friend Anna and invite her to the GLS?”

Rosey answered, “Well, I’m not really sure. That day I just heard God say to me, Call Anna and invite her to the GLS with you. So I obeyed.”

What an amazing story of obedience, answered prayer and the power of God to work through the GLS to impact someone’s life.

It has reminded me that fulfilling the vision for “Kingdom impact” can happen just one person at a time.